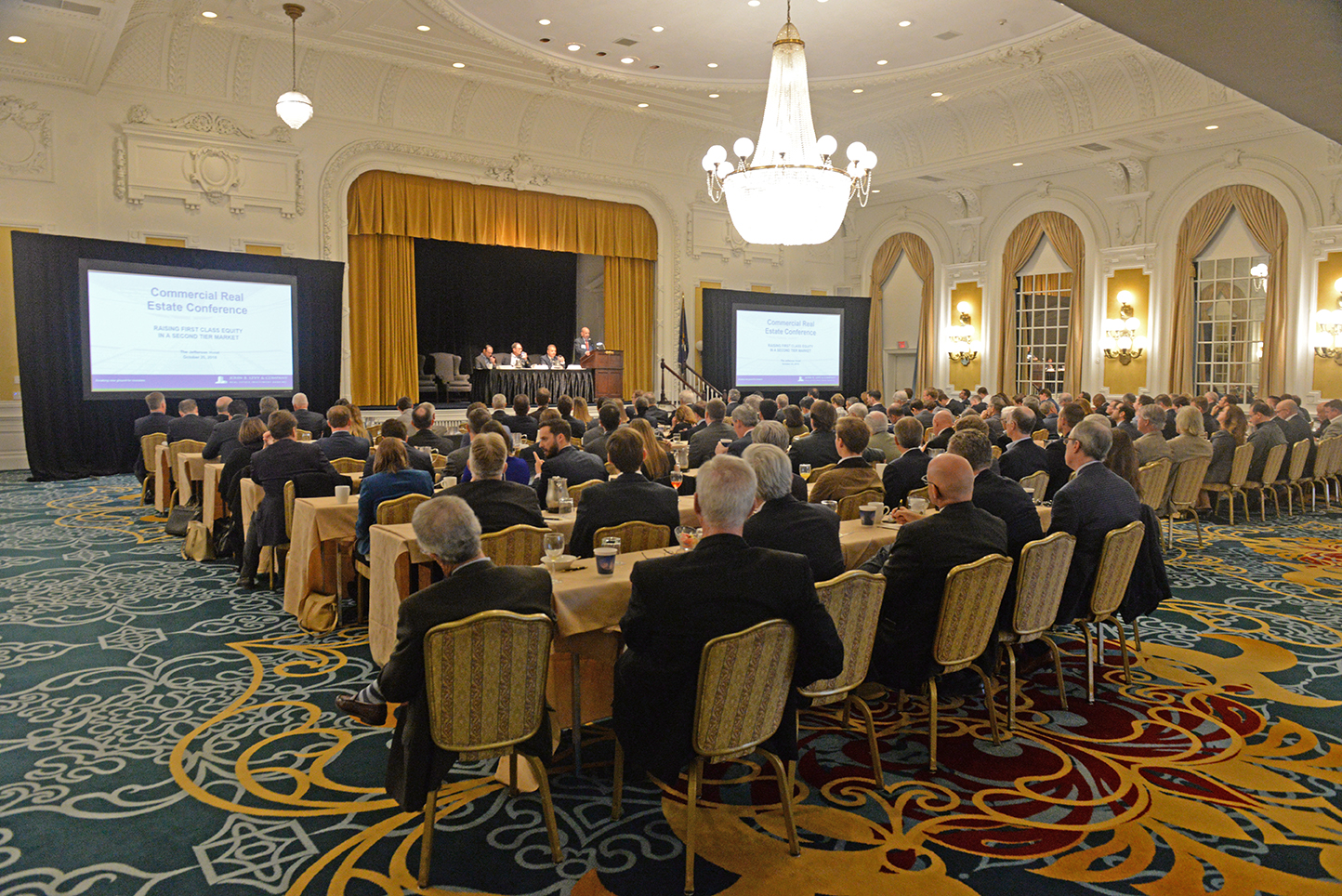 Richmond, Va. – "It's Christmas in November," according to the John B. Levy & Company Investor Conference which attracted 200 commercial real estate professionals to Richmond's Jefferson Hotel. The annual conference was once again hosted by John B. Levy & Company, a firm nationally recognized for its position in commercial real estate, including its quarterly indexes of first mortgage and high-yield debt and its activity in the debt and equity markets.Late in October, the regulations for the so-called "Opportunity Zones" were released by the Trump administration, a program intended to bring economic activity to areas which need a boost and are available in 8,700 markets across the country. The Opportunity Zones allow tax-deferred capital into real estate and other businesses from investments sold at a profit.For example, profits from the sale of stock can be invested into commercial real estate and, at the same time, have the capital gains tax deferred for a minimum of five years and then become payable at a substantial discount.

This is quite different from the well-known Section 1031, or like-kind exchanges, where commercial real estate can be sold and the proceeds transferred under a deferred tax basis to another piece of real estate.Most sophisticated observers think that the ability to transfer stock and business profits into commercial real estate investments is unprecedented and may well cause an economic upturn in those areas, as well as areas that are proximate to those zones.Members of the conference’s first panel, led by John Levy and styled "Raising First Tier Equity in a Second Tier Market," noted that although we were late in the economic cycle, there are a number of opportunities for equity and high-yield debt investments.

That said, there was a distinct tone that these are becoming harder to find as there are new and unsettled feelings entering the economic arena emanating from tariffs, rising interest rates and political challenges at home.Despite some anxieties, investors – especially life insurance companies and pension funds – are making interest-only, fixed-rate loans at unprecedented levels. Interest-only loans made up more than 88% of the dollar volume for the third quarter – up strongly from 76% over the past three quarters.In a second panel, led by partner Andrew Little, the members discussed the economics of the overall Richmond area, comparing them with similar cities like Nashville, Austin and Charlotte.

The panel noted that although Richmond is doing rather well, these other cities are growing dramatically faster. Perhaps one of the reasons for Richmond's somewhat slower growth is that the regional economic development groups are not equipped with nearly the budgets of the competitive cities.An interesting side note is that 42% of C-Suite executives in the U.S. have literally no perception of Greater Richmond. Another takeaway was that CoStar expects Richmond to need over 8,000 new apartment units in the next five years.Sandler Passman, who runs the equity book for John B. Levy & Company, noted in his opening remarks that there will be 3-4 more interest rate increases over the next year. Additionally, construction costs are markedly higher and, as a result, robust returns on equity are becoming harder to achieve. Passman mentioned that one of the ways to obtain better returns was through the use of Opportunity Zones, and the firm has virtually closed on its first such investment.